"Their light will run before them and on their right hands; they will say: Our Lord! Perfect our light for us, and forgive us! Lo! Thou art Able to do all things." — Holy Qur'an 66:8

Ya Ali Madad and Idd Mubarak! On the most auspicious occasion of Idd ul-Fitr, please accept our heartfelt felicitations. May Allah grant material, spiritual and intellectual happiness to Muslims all over the world, and to all those who have submitted their wills to He Who is Above All Else. Ameen.

Let us first read the following saying of Noor Mowlana Murtaza Ali (a.s.) in which he has defined three classes of people with respect to their obedience:

In Idd Namaz, we recite Dua-e Qunut five times in the first raka'ah and four times in the second raka'ah. The first sentence is the following ayat of the Holy Quran (2:201):

In the above ayat, we are asking for the best in this world and the first world (i.e. the world from which our soul originated), and we are seeking protection from the God's anger. Thus, we fit in to the first two classes of believers described by Noor Mowlana Murtaza Ali (a.s.). So we now we have seek answer to a more difficult question: How to worship God out of a sense of gratitude? Is it simply an issue of expressing gratitude through speech and thought or is there a deeper answer? In this post, let us explore the qualities and achievements of the few who worship through a real sense of gratitude.

Part 2: Worship of Those Who Are 'Free'

I found another version of the above saying from the book titled 'Spiritual Quest—Reflections on Qur'anic Prayer According to the Teachings of Imam 'Ali' by Reza Shah-Kazemi, Occasional Papers 3, IIS, London (2011):

Part 3: What is the Difference Between Spiritual Slavehood and Ordinary Piety?

I found an answer to this question from another part of Reza Shah-Kazemi's book which is based on the ayats presented in the Idd card: 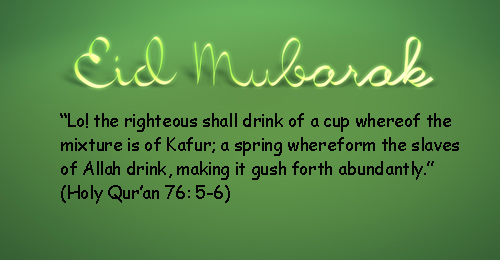 Part 4: What are the Traits of the Spiritual Slaves and the Righteous?

I found an answer to this question from another part of Reza Shah-Kazemi's book:

It is possible to find similar concepts in the ginanic traditions of the Indian subcontinent. In the sixth verse of the ginan, Abdhu man jite, Pir Hasan Kabirdin has also presented the concept of completely sacrificing the ego through the following wisdom filled words:

Part 5: What is the Process of Becoming Free and Become One with the Beloved?

The answer to the above question has been given by Noor Mowlana Murtaza Ali (a.s.) in Reza Shah-Kazemi's book:

In the following verse from the Ginan, Hu(n) re piyasi, Sayyed Khaan teaches us to remain focused on the Holy Imam by invoking His name with full concentration:

Part 6: What Do the Spiritual Slaves Become?

The answer to the above question is also given in Reza Shah-Kazemi's book:

In our ginanic literature, we encounter words such as 'das', 'dasi', 'nari', 'sevek', and 'gulam'. For example, here is a verse from Pir Hasan Kabirdin's ginan, Aash Tamari Shri Ho Kayam Sami, in which the Pir supplicates as a humble servant (spiritual slave):

I hope that the trait of being a spiritual slave described by our Pirs in their Ginans will motivate us to adopt the attitude of utmost humility in our personal search for higher spiritual enlightenment.

Noor Mowlana Hazar Imam has given a firman that no one has a right to the Light and one must remain humble in personal search. Here the word 'humble' is used in the sense of 'nothingness' and the since the Light is being self-disclosed, it is not a right of a servant to lay a claim on it. Everything which manifests in us through the practice of faith and self-disclosure (i.e., unveiling) in a blessing and it does not belong to us! The Light is given to us as a baraka and should be considered as a trust (amanat) of the Holy Imam in our personal worlds. If we adopt a position of submission, humility and trustworthiness, we also build a shield of protection from the traits of our lower instincts!

Part 7: The Combination of 'Noore Karim' with Tasbis Derived from 99 Beautiful Names of Allah

Our Holy Prophet Muhammad (s.a.s.) has encouraged all Muslims to recite 99 Beautiful Names of Allah. Each Divine name has its own luminosity, power, blessing and tayid (spiritual help) for believers. The names can also be recited as tasbis, e.g., a Beautiful Name such as 'Al-Malik' can be recited as 'Ya Malik' in a tasbi form.

Earlier in this article, we learned that God Himself has established various means by which He is to be approached, as described in the following ayat: 'seek unto Him a means of recourse (wasila)' (5:35). In the Ismaili Tariqah, the centrality of the present and living Imam is of paramount importance. The role of the present and living Imam is defined in article F of the Preamble of the Shia Imami Ismaili Muslim constitution as follows:

In the firman made on December 13, 1964 in Karachi, Noor Mowlana Hazar Imam said that 'his Noor has indicated to you where and in which direction you must turn, so as to obtain spiritual and material satisfaction'. I have taken this firman to my heart and am now doing dhikrs which call on the Noor directly because in my heart, Noor Mowlana Shah Karim Al-Hussaini (a.s.) is the pillar of Light and is represented by the words 'Noore Karim' in the dhikrs. I firmly hold on to this luminous pillar in my dhikr of selected tasbis from the 99 Beautiful Names as shown in the table below.

*Rabb is not one of the 99 Beautiful Names of Allah, but is used extensively in Dhikrs

I would like to present a brief explanation which led to the selection of above tasbis. The first four tasbis (Ya Ghafuur, Ya Ghaffar, Ya 'Afuw and Ya Tawwab) are for forgiveness of sins. The next two (Ya Rahmaan, Ya Rahim) are for seeking mercy. These appear in the beginning because the themes for forgiveness and mercy are encountered in numerous places in the Holy Qur'an.

The Ya Salaam, Ya Sabuur, and Ya Ash-Shakur tasbis are for developing positive traits which are extremely important in our personal search for higher spiritual enlightenment. These traits also generate humility, devotion and stamina.

The Ya Ahad tasbi (number 11) shows that Allah is above all else because He is Unique. Thus, this tasbi emphasizes the cardinal principle of Tawhid in Islam.

The Ya Rabb tasbi (number 18) is not one of the 99 Beautiful Names of Allah, but is used extensively in dhikrs because it calls upon the Lord which is the Sustainer, Cherisher, and Nourisher of everything.

Ya Ali, Ya NOOR Mowlana Shah Karim Al-Hussaini Hazar Imam, create Sunshine in our hearts, light in our foreheads, and bless us all with the inner vision of the Truth!